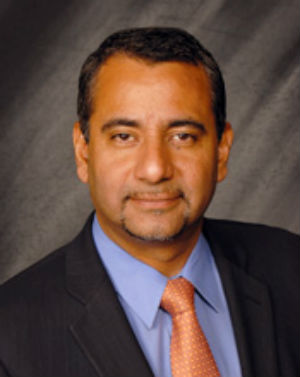 The American Health Council has the esteemed privilege to recognize Dr. Raez’s expertise in Lung Cancer Therapy, Research, Cancer Education, and Advocacy by honoring him as “Best Doctor”.

NEW YORK, NY, August 17, 2017 /24-7PressRelease/ — As Chief of Hematology-Oncology and Medical Director at Memorial Cancer Institute/Memorial Healthcare System, Dr. Luis E. Raez has become one of the most recognizable faces in Oncology, and a major leader in lung cancer in Florida and Latin America.

The American Health Council has the esteemed privilege to recognize Dr. Raez’s expertise in Lung Cancer Therapy, Research, Cancer Education, and Advocacy by honoring him as “Best Doctor”.

With 25 years of medical and industry experience, including 5 in his most current role, Dr. Raez offers a wide range of medical services in Lung Cancer Care at his cancer center, with excellence in Clinical Care, Clinical Trials development, latest genetic profiling & personalized medicine and state of the art Immunotherapy interventions for lung cancer.

Attributing his success to research-related knowledge, Dr. Raez became involved in Oncology as he has always enjoying learning about science and conducting research during his time in medical school. Dr. Raez has more than 100 peer review publications in medical journals, and has given lectures and presentations in 20 countries in 4 continents. He has received funding from the NCI and the pharmaceutical industry.

Possessing a wide array of professional accomplishments, Dr. Raez serves as Vice President of the Florida Society of Clinical Oncology (FLASCO), Clinical Professor of Medicine at Florida International University (FIU), Visiting Professor of Medicine at Cayetano Heredia University, Affiliated Associate Professor of Medicine at Florida Atlantic University (FAU), Director of the Thoracic Oncology Program at Memorial Health System, Founder and Chairman of the Annual Miami Best of ASCO Meeting, as well as a board member and Founder of the Oncology Latin American Association (OLA). He also has several appointments at the International Association for the Study of Lung Cancer (IASLC), the largest lung cancer society in the world. He is also Chairman of the Membership Committee, Leader of the IASLC Latin-American Group, International Scientific Chair for several IASLC meetings, among others.

Dr. Raez has been cited with numerous honors and awards, including the Career Development Award in Clinical Research by the American Society of Clinical Oncology (ASCO) in 2001. He was promoted to the Fellowship in: the American College of Physicians (ACP), American College of Chest Physicians (FCCP) and American College of Specialists in Geriatrics (FACSG) in 2008, as well as Master in the American College of Specialists in Geriatrics (MACSG) in 2010. Dr. Raez has also been listed in Marquis, Stratton’s, and the Cambridge “Who’s Who” in Science and Engineering, America, and the World in 2001, 2002, 2005, 2006, and 2007. South Florida Top Doctors has listed him since 2013, and since 2014 as a “Florida Super Doctor”. In August 2015, Dr. Raez was awarded the Latin Pride Award by Salud al Dia Magazine in Miami, and in 2015 and 2016 the Guardian of Excellence Award given by Press Ganey for excellence in patient experience at MCI. The Memorial Angel Award was also given to Dr. Raez by the Memorial Foundation in 2012 and 2016 for exemplary care provided to patients.

Within the next five years, he plans to further his clinical research in lung cancer treatment developments and improving national and international medical education in lung cancer diagnosis and therapy, especially in the US and Latin America.

About the American Health Council:

Additionally, the American Health Council strives to provide recognition and support for those individuals and institutions making the difference in patients’ lives day in and day out. Throughout 2017, the AHC is honoring “America’s Best Doctors and Nurses,” as well as the nation’s best medical universities and hospitals. The American Health Council’s “Best in Medicine” and “Best in Nursing” awards programs honor the individuals and institutions that have contributed significantly to medicine and nursing, as well as the training and education of physicians and nurses. The most current selections for these honors may be viewed here: http://bestinmedicine.org and http://bestinnursing.org.

US Navy Veterans Lung Cancer Advocate Urges the Wife of a Navy Veteran with Lung Cancer Who Had Asbestos Exposure in the Navy to Call the Lawyers at Karst von Oiste-Compensation Might Exceed $100,000

DJ MicroLaminates Adds Gaetan Bonhomme, PhD to its Board of Advisors