ORLANDO, FL, September 15, 2021 /24-7PressRelease/ — Attorney Shannon McLin Carlyle, founder of Florida Appeals, recently announced a change back to her maiden name, McLin. With an established career and reputation spanning several decades, this change reflects not only her plans for the future but also pays tribute to her family’s history. Pronounced “MACK’-Lin,” the name has inspired the use of the phrase “The Mack is back” among Shannon and her friends and colleagues.

Shannon founded The Carlyle Appellate Law Firm in 1997 which her then-husband Chris Carlyle joined in 2004. The firm grew to seven lawyers with three offices across Florida. Following their dissolution of marriage in 2017, Shannon and Chris continued as law partners and Shannon maintained her married name. In 2019, Shannon left the firm and founded Florida Appeals, a boutique firm offering appellate representation and trial support to trial lawyers and their clients throughout Florida. Because the firm was new, Shannon continued to maintain the Carlyle name, believing it was important for colleagues and clients to know she was the same attorney with a new appellate firm.

With Florida Appeals now well established and with the full support of her three children, Shannon decided to go back to using the McLin name professionally. This change is rooted in enormous pride for her family’s history. Shannon is a fifth-generation Florida McLin, with her father, Walter S. “Buddy” McLin III of McLin Burnsed, being a well-regarded Florida attorney for nearly 50 years. Shannon owes a large part of her success to her father who was known for his honesty and integrity, believing your word is your stock in trade. For Shannon, the McLin name represents the ethics, character, and values inspired by her father. Aside from her father’s legal profession, the McLin name has a long history in Florida stemming from her great, great, great grandfather Benjamin Earnest McLin, who began as a citrus farmer in Lake County and when the Great Freeze of 1898 destroyed his livelihood, he ran for and was elected Florida’s Commissioner of Agriculture, a position he held until his death in 1912.

Shannon McLin and the Florida Appeals team are excited for a new chapter in their firm’s story — a story that now more clearly connects the firm to Shannon McLin’s deep roots in Florida’s history.

The Mack is BACK!

US Navy Veterans Mesothelioma Advocate Urges the Family of a Navy Aircraft Carrier Veteran With Mesothelioma to Call Attorney Erik Karst of Karst von Oiste About Compensation-It May Exceed $1,000,000 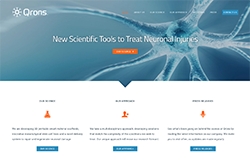