East Asia Minerals Corporation Gets Listed on THE OCMX™

The OCMX™ is pleased to announce the listing of East Asia Minerals Corporation to its online portal which offers Investors and Advisors the ability to participate in this opportunity.

Sangihe with 266,000 oz Au (2017 NI 43-101) including 58,000 Indicated oz near surface oxides for near-term production cash flow. With the objective to bring this near surface Resource into production in 2019 with the upgrade of its license status expected within the next quarter.

Also conducting a infill drilling program between the two main ore bodies of approximately 800,000 inferred oz Au as identified in the Sangihe (2010) NI 43-101 , this program will bring those Au oz into measured and Indicated Reserve status and extend the mine life as well as increase monthly production targets.

Miwah with 3,140,000 oz Au, open on along strike, across width and at depth. In Protected Forest Reserve that must be modified in order to move the project forward.

The OCMX™ is pleased to announce the listing of East Asia Minerals Corporation to its online portal which offers Investors and Advisors the ability to participate in this opportunity.

The OCMX™ has spent considerable time completing its due diligence on East Asia Minerals Corporation and concluded that there is indeed a tremendous opportunity for Investors and Advisors.

The OCMX™ noted that East Asia Minerals Corporation exhibits the main components of any solid investment opportunity, namely a solid management team, a great track record, and a number of key competitive advantages.

Terry Filbert, CEO and Chairman
Terry has been closely involved in the mining and exploration industry since 2005, with significant on the ground experience in Indonesia. In addition to his extensive knowledge of East Asia’s main projects of Sangihe and Miwah, Terry brings his entrepreneurial skills from a series of successful business ventures that include technology, import export and human resources.

This company was founded by Terry to consolidate under‑financed and under‑performing mines in Indonesia. From 2014-2016 he was the Managing Director of Asia of Borneo Resource Investments Limited. He was based in Manado, North Sulawesi where he was responsible for developing the companies Gold Mining Heap Leach operation in Ratatotok North Sulawesi. In 2017 he agreed to come take over East Asia Minerals Management in order to bring its Indonesia projects into further exploration, development and production.

Garry Kielenstyn, Director| Garry holds the position of Indonesian Registered Mine Manager (Kepala Teknik Tambang). Currently he is the Indonesia General Manager and Director of PT Tambang Mas Sangihe. Previously he was the Indonesia Country Manager and President Director of PT Cokal, focusing on the preparation of a 260 mt coking coal project at Murung Raya, Central Kalimantan.

Responsible for engineering design and mine planning to Definitive Feasibility Study and IUP compliances including budgets, work programmes, technical and environmental. From May 2011 to April 2013, he was General Manager and President Director at PT Batutua Tembaga Raya and PT Kharisma Permai with a focus on the preparation of the 25,000 tpa copper cathode SX‑EW project at Wetar, East Indonesia. From 2008 to 2011, he was the Resident Mining Manager and Director at PT Indo Muro Kencana / Straits Resources during which period he was responsible for all mining activities and IMK underwent a significant recapitalization, including upgrading JORC Resource to 730,000 Au eq oz with a refocus to a single large pit operation and reducing haul distances.

Previous to 2008, he was Operations Manager at the Kingsgate / Akara Chatree Gold Mine, Thailand and responsible for the operation of the prime mining contractor. Prior to this he was Mine Development & Infrastructure Manager at a number of Coal Mining Concessions in Kalimantan responsible for the assessment and development of a number Coal Mining Concessions and the Director Production / Technical Services for PT Sumber Kurnia Buana, PT Antang Gunung Meratus and PT Baradinamika Mudasukses, where he was responsible for the provision of Technical Services and Production.

Frank Rocca, currently working as Chief Geologist of PT Tambang Mas Sangihe| In this capacity he has primary responsibility for development of the East Asia Mineral’s Indonesian Exploration team and for leading the Company’s exploration and development programs for the Sangihe project in Indonesia in addition to EAS’s other assets.

Frank has more than 26 years of Senior Leadership experience in exploration and mine development geology. Most recently he is a Director and Senior Consultant with Dragon International Geological Services Pty Ltd., where he fulfilled roles including: Vice President Exploration for EAS, Project Manager, Chief Geologist and Mine Superintendent. Prior to that from 2004 – 2010, Frank was employed with Pangea Minerals Limited (a subsidiary of Barrick Gold Corporation) as Technical Services Manager, where he oversaw the mine design and development of the Buzwagi and Tulawaka Mines.

Within this six year period, he also held the position of Chief Geologist overseeing establishment of the Geology departments for both mines. He was also a key member of the management team which awarded mining, drilling and blasting contracts. Frank has also held several other senior management and leadership positions including at Gindalbie Gold NL, Barrick Gold Mines and Perilya Mines NL. Frank holds a Bachelor of Applied Science – Geology from Curtin University of Technology and is a member of the AusIMM and AIG.

The OCMX™ is literally changing how companies and investment funds generate exposure in the marketplace and raise funds as we know it. The OCMX™ serves both public and private companies along with investment and mutual funds which need to raise additional funds or gain significant market exposure. It does this by way of connecting the relevant companies, funds, investors, and advisors all in one online transparent portal. The OCMX™ (P2P Financial Inc.) launched in September of 2009 out of Toronto but has since expanded its operations to include Quebec, Alberta, Manitoba, and British Columbia.

The OCMX™ connects investors and advisors directly with companies and investment funds seeking to raise funds or gain broad market exposure. The OCMX™ provides an open venue for innovative growth companies and leading investment funds to generate market awareness, raise funds, or connect with investors and advisors. The OCMX™ provides companies, funds, investors, and advisors instant access to its Online Portal so that they can actively source and connect with their next opportunity, advisor, investor, client, or financing partner. 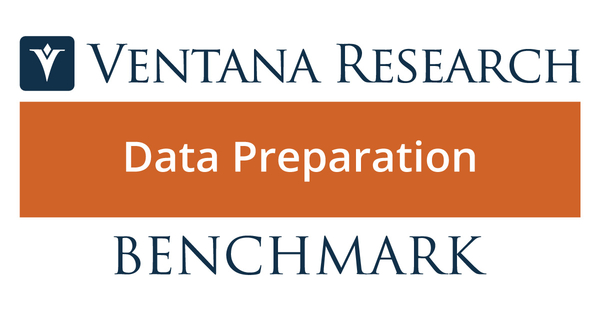 Marva Goldsmith, Author of the Perennial Workforce, to Speak at the 2018 BOOM Conference: for Baby Boomers who view the ‘R’ Word as Reinvention, not Retirement