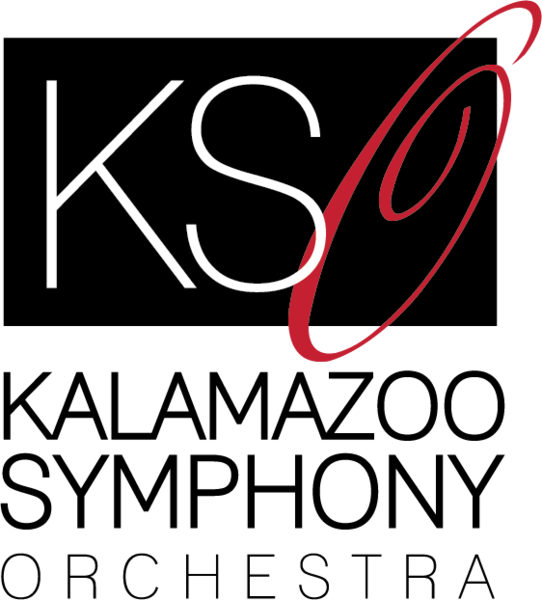 In recognition of Veteran’s Day, and in appreciation of their service, the KSO has offered all servicemen, and a guest, free tickets to attend this symphonic concert.

“I’m thrilled to return to Kalamazoo as a music director candidate,” states Outwater. “I really enjoyed my last appearance with them, and hope to go even further musically together this time around. The works on this program by Brahms and Rachmaninoff are among the greatest in the orchestral repertoire, and I can’t wait to bring them to life with this wonderful orchestra.”

In recognition of Veteran’s Day, the KSO has invited all servicemen, and a guest, to attend this concert at no cost. The evening will begin with a special dedication of Service Men on Parade, led by KSO’s Resident Conductor/Interim Music Director, Daniel Brier, and will feature WWMT3’s news anchor, Andy Dominianni. A reception will be held for the Veterans in the Grand Tier Lobby at intermission. Tickets can be reserved at the Miller Auditorium Box Office the night of the concert or by calling 269.387.2300.

The Kalamazoo Symphony Orchestra is currently in the midst of a search for its next Music Director, to follow the long tenure of Maestro Raymond Harvey. Edwin Outwater is the second of five candidates to visit the city and work with the orchestra. Mr. Outwater will spend a full week in Kalamazoo meeting with various groups from the KSO, rehearsing with the orchestra and talking with musicians before the culminating event of the concert on Saturday.

As a candidate for the KSO’s Music Director position, Edwin Outwater adds, “I also look forward to getting to know this wonderful community better during my week there.”

Edwin Outwater
Edwin Outwater is Director of Summer Concerts at the San Francisco Symphony (SFS), and was recently appointed Artistic Director of the Eastern Sierra Symphony, a summer festival in Mammoth Lakes, California. After a remarkable decade as Music Director of the Kitchener-Waterloo Symphony (KWS), he begins as their Conductor Laureate in 2017. Equally adept at interpreting canonical masterworks, premiering new commissions, and connecting audiences with repertoire beyond the mainstream, the American conductor is, as San Francisco Classical Voice notes, “headed for a top-tier future.”

Outwater’s final season as Music Director of the KWS continued their groundbreaking Intersections concerts, exploring the relationship between music and science in a collaboration with the Institute for Quantum Computing and cellist Johannes Moser. In his third year with SFS, Outwater led the orchestra in performances including Beethoven Symphony No. 9 and a multi-concert collaboration with jazz pianist Makoto Ozone. He also curated and conducted performances in the trailblazing series SoundBox in SFS’s new nightclub-style performance space.

Recent guest appearances featured returns to the New World and Chicago Symphonies, and the BBC National Orchestra of Wales. He also debuted with the Brussels Philharmonic, the Grant Park Festival, and the Montreux Jazz Festival, and appeared at the Kennedy Center in their new music series led by composer Mason Bates. Outwater has conducted the New York and Los Angeles Philharmonic Orchestras, as well as symphony orchestras including Baltimore, Detroit, Houston, and Seattle. In Canada, he has led the National Arts Centre Orchestra and the symphonies of Toronto, Calgary, Edmonton, Winnipeg, and Victoria. International appearances include the Tokyo Metropolitan Orchestra, Tokyo Symphony, Kyoto Symphony, BBCNOW, the New Zealand Symphony, among many others.

Anna Vinnitskaya
Hailed by the Washington Post as a “lioness at the keyboard,” Anna Vinnitskaya has emerged as one of the most exciting pianists of her generation. She made her U.S. recital debut in 2010 at the Kennedy Center to great critical acclaim, and subsequently made her U.S. orchestral debut with the Indianapolis Symphony under Krzysztof Urbanski. In 2017, she debuted with the Cincinnati Symphony playing Prokofiev’s Concerto No. 2 under the direction of Gilbert Varga. She returns to Indianapolis in 2017/2018 as one of three world-renowned pianists playing all five Prokofiev concerti in one weekend.

Anna Vinnitskaya is also an active recording artist and chamber musician. Among her numerous awards and prizes, she was Gold Medalist at the 2007 Queen Elisabeth Competition in Brussels and winner of the Leonard Bernstein Award at the 2008 Schleswig-Holstein Music Festival. From 2011-2014, she was a regular participant in the concert series “Junge Wilde” at the Konzerthaus in Dortmund. Her latest project will be recording the complete Bartok concertos with Jukka-Pekka Saraste and the WDR Symphony/Cologne where she is artist- in-residence during the 2016/2017 season.

Born in 1983 in Novorossiysk, Russia, Ms. Vinnitskaya played her first orchestral concert at the age of eight. After studies in Russia with Sergej Osipenko, she became a protege of Evgeni Koroliov at the Hamburg University of Music and Theater in 2002, where she herself was appointed Professor of Piano in 2009.

The Kalamazoo Symphony Orchestra, with guest conductor & Music Director Candidate, Edwin Outwater, presents a program of symphonic masterpieces by Brahms and Rachmaninoff. Anna Vinnitskaya, winner of the 2007 Queen Elisabeth Contest, solos with Rachmaninoff’s brilliant Piano Concerto No. 3–a piece ideally suited to her interpretive gifts. Maestro Outwater rounds out the program with Brahms pastoral Symphony No. 2. In recognition of Veteran’s Day, the KSO has invited all servicemen, and a guest, to attend this concert at no cost. The evening will begin with a special dedication of Service Men on Parade. A reception will be held for the Veterans in the Grand Tier Lobby at intermission. Tickets can be reserved at the Miller Auditorium Box Office the night of the concert or by calling 269.387.2300.

Tickets: $60 – $24
Veteran tickets can be reserved at the Miller Box Office the night of or in advance at 269.387.2300
Student discounts available.
$5 Student Rush tickets with valid ID, and $10 Harvey’s Hideaway seating available at the box office the night of the concert.

Visit www.kalamazoosymphony.com for up-to-date information, details and schedules. Prices, artists, dates, time and program are subject to change without notice.

The Kalamazoo Symphony Orchestra receives major support from the Irving S. Gilmore Foundation, the Kalamazoo Community Foundation, the National Endowment for the Arts, and the Michigan Council for Arts and Cultural Affairs. The Kalamazoo Symphony Orchestra also receives generous support from other local, state and national foundations, as well as private and corporate support. For more information, visit www.kalamazoosymphony.com.

ABOUT THE KALAMAZOO SYMPHONY ORCHESTRA

Founded in 1921, the Kalamazoo Symphony Orchestra is Southwest Michigan’s premier musical organization, providing musical enrichment to over 80,000 adults and youth per year. The third-largest professional orchestra in the state, the KSO has won numerous awards and grants, including the Met Life Award for Arts Access in Underserved Communities, the National Endowment for the Arts for its extensive education programs, and a major Ford Foundation grant to found its innovative Artist-in-Residence program. 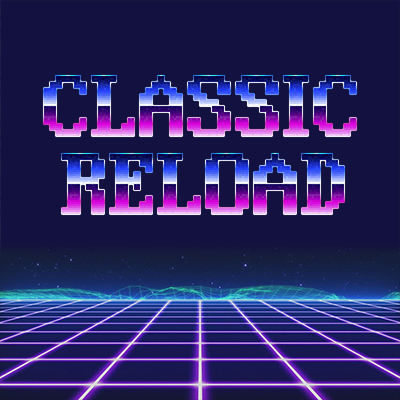 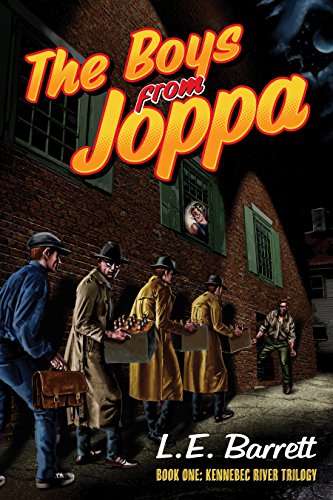 The Thrill of a Uniquely Crafted Pulp Fiction Novel is Back 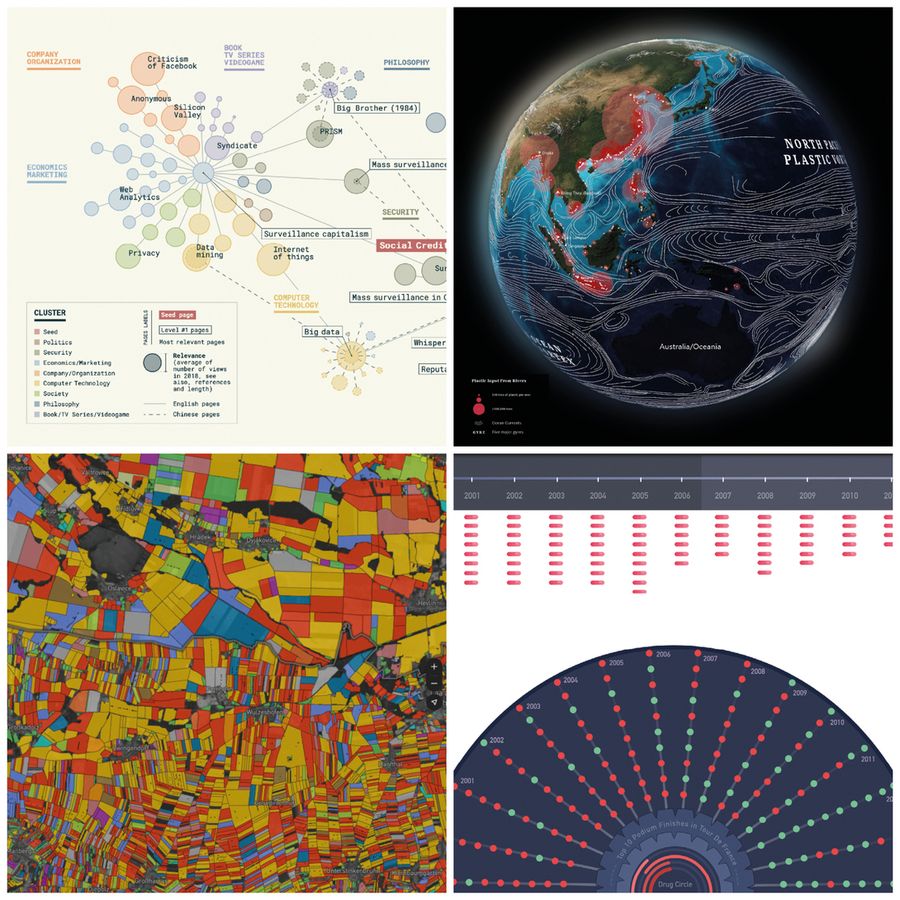