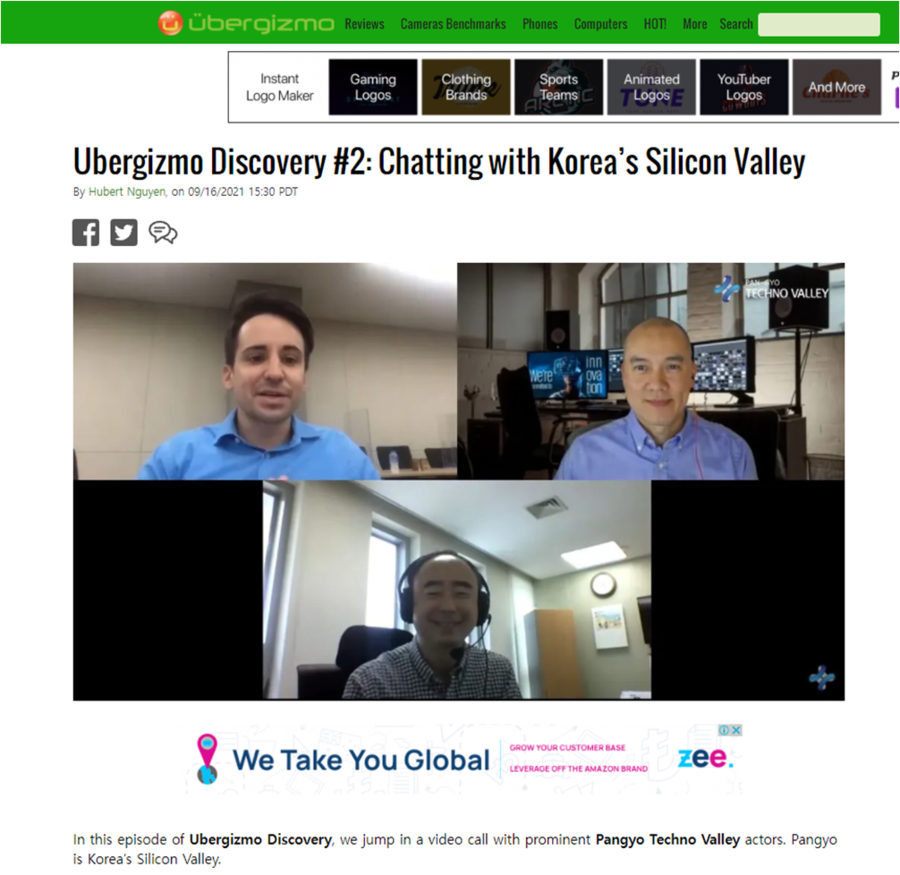 LOS ANGELES, CA, October 04, 2021 /24-7PressRelease/ — Gyeonggi-do held an online meet up event with founder and editor in chief Hubert Nguyen of Ubergizmo in the US via a virtual meeting held on the 24th. Its aim was to promote the value of Pangyo Techno Valley and the status of companies to countries around the world.

That day, Gyeonggi-do talked about the status of Silicon Valley with a consumer tech media channel Ubergizmo in the US.

Silicon Valley is called the origin of start-up cluster globally. In 1971, journalist Don Hoppler from “Electronic News” used the term Silicon Valley for the first time in his article. The name Silicon Valley was coined by the phenomenon of a large number of tech businesses being concentrated in Palo Alto, Santa Clara, Mountain View, Sunnyvale with San Hose at the center. Most global tech giants including Apple, Google, Yahoo, Netflix, Cisco, Twitter and Facebook started in Silicon Valley.

Founders who made a fortune by taking a company public or selling it in Silicon Valley tend to make investments in other founders with money they made or start a new business. They are called a “Serial Entrepreneur”. A good example is Elon Musk who made a lot of money as a co-founder of Paypal but is still challenging himself by starting Tesla and Space X. Alex, moderator of Pangyo Techno Valley delivered the news of major companies in Pangyo such as Kakao, Naver and Nexon.

Ministry of Food and Drug Safety has approved a plan for phase 3 clinical trials of Covid-19 vaccine that SK Bio Science is developing. If it goes unchecked, the first domestic vaccine is expected to be released in the first half of next year.

Cryptocurrency ‘Link’ issued by Naver’s Line goes public for the first time in the domestic stock exchange. When Kakao’s cryptocurrency ‘Klay’ is being actively traded, confrontation between the two companies is drawing attention.

Hubert Nguyen, editor in chief of a US consumer tech media outlet Ubergizmo, introduced latest technologies in AI and space in Silicon Valley.

– Weeding technology without chemicals combining AI and laser has been created

Carbon Robotics unveiled the third generation of autonomous weeder, a smart farming robot which identifies weeds using the AI technology and destroys it with high energy laser.
Using an autonomous weeder, people do not have to remove weeds and it does not affect soil and water.

In a factory where manual labor is the norm, industrial robots are more efficient than human laborers. However, because industrial robots cannot deal with even small changes, they require training or programming as well as a strict control of the environment.

Companies in Silicon Valley are developing AI technologies that can be used in robots in order to create robots which can adapt to various circumstances. Self-learning AI technologies would be able to correct various errors so that they can perfectly replace tasks where human laborers put parts together on the assembly line.

Elon Musk of Space X launches 60 communications satellite along with a rocket and began a Starlink Beta service in Northern part of US, Canada and the UK using 1,000 satellites in October. Early this month, Space X told Federal Communications Commission that the number of Starlink Beta service users surpassed 10,000 in just 3 months. Space X is planning to make investments of more than 10 billion dollars in creating Startlink and annual sales are expected to be 30 billion dollars if the satellite internet business takes off.

Gyeonggi-do shared star-up information with Silicon Valley of the US following with France in July and with China in August. A video of online meet-up can be checked out on the Youtube channel of Pangyo Techno Valley.

Pangyo Technovalley is an innovation hub for global companies comparable to the Silicon Valley in the US, Zhongguancun in China, and STATION F in France. It is an Asia tech hub with 1,259 IT, BT, CT, and NT companies that possess innovative products and technologies. Located just south of the metropolitan area, it provides the best environment for Korean companies to do business with great transportation access and infrastructure.

With the support of innovative companies with global capabilities such as Kakao, Naver, AhnLab, Krafton, NCSoft, Nexon, and Hancom, companies in Pangyo Technovalley recorded 107 trillion won in sales last year. Investment and infrastructure growth in Pangyo is expected to continue, with the Metaverse hub entering Pangyo this year. 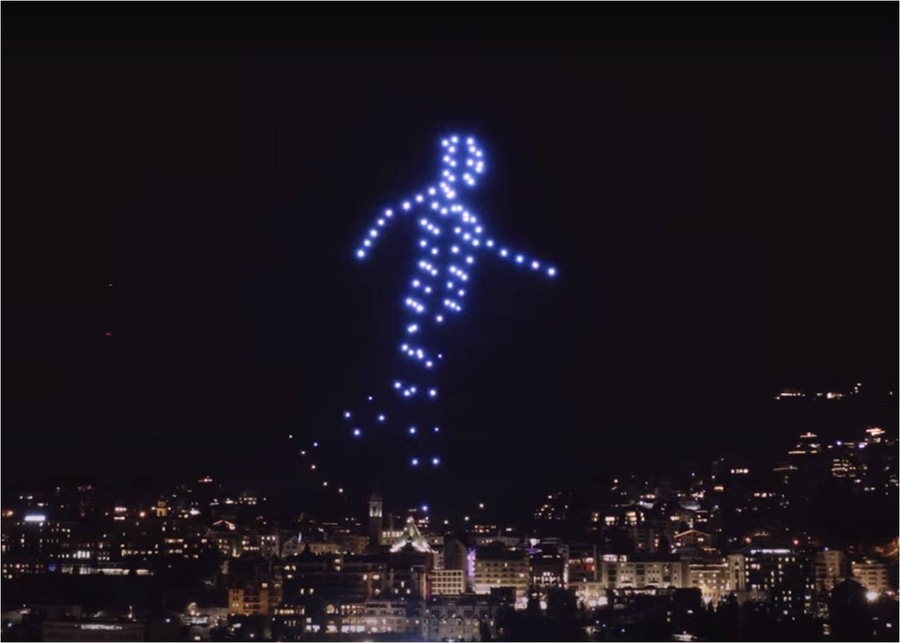