India – the land of beautiful architecture and the renowned unity in diversity. The heart-touching moral stories in its culture are the result of hard work done, by the royal kings and the priests in royal courts. Honesty is the best policy coming from India only.

India is home to at least nine recognized religions. The most prominent among all, is Hinduism and then Islam, Christianity, Sikhism, Buddhism and then Jainism. Incarnated Gods of these religions: Lord Rama, Lord Krishna, 10 Gurus, Lord Jesus and Lord Buddha incarnated to serve humanity and to spread brotherhood. They spread positivity and uprooted malpractices, to make life smooth. But what society and human race gave them, in result: the prolonged hatred, the jealous and convictions! Selfish giant, the man wants to run the universe as per his wishes. This is happening, since the planet got inhabited, with humans, in every single era, even during the era of virtues, back in time. 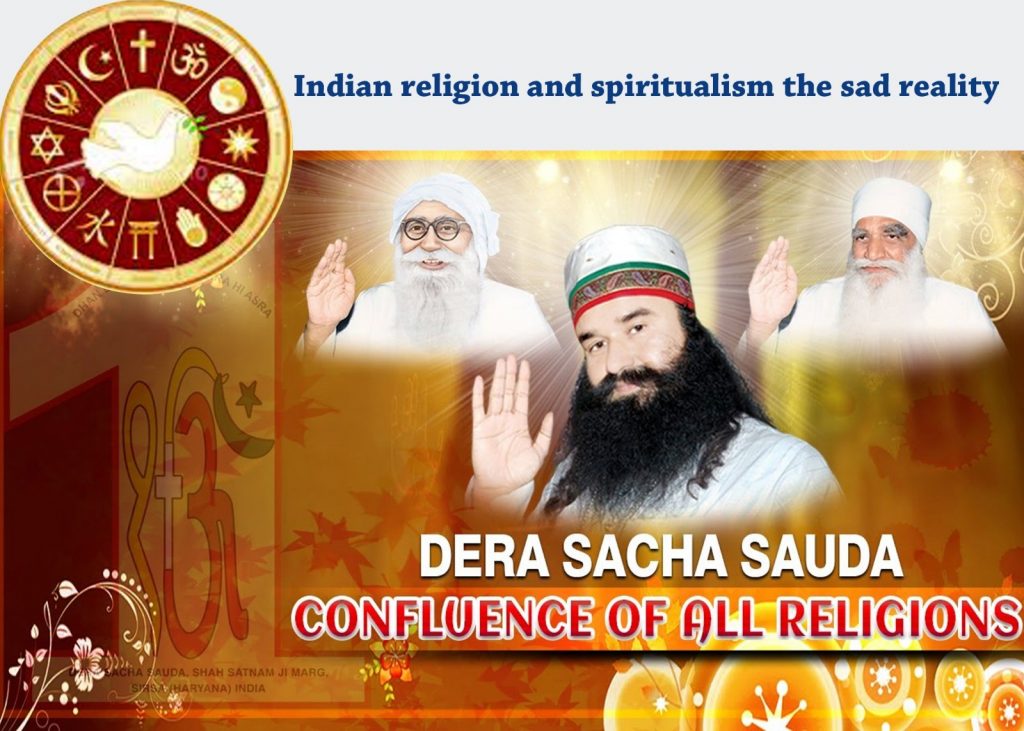 And the Present world represents Era of vices, as claimed by our God fore Fathers, ages ago. In this era, it’s quite a daunting task, to serve humanity. Power, is the only motto and the man does not realize, to live responsibly, for the upcoming generations.

Dera Sacha Sauda, a social and religious organization, is one league apart, and setting  a Milestone

Since its inception, in 1948, Dera Sacha Sauda is on its path to welfare. Making nation alcohol-free is the biggest dream ever seen by the chief Saint Gurmeet Ram Rahim Singh Insan and he pushed his followers, to every extent, to achieve this dream. He worked day and night to convince common people, to get rid from this slow poison. He explained, the ill effects of alcohol intake, into the body and in the family cohesion. Nearly 6 million people shunned the mal-practices and turned into responsible citizens of the nation. A nation must feel proud when any native leads others, for the well being of whole society.

The followers of BAba Ram Rahim, had to infact, try hard to get permissions from the local authorities for all sorts of activities. Still, Dera Sacha Sauda, won many national and International laurels in the field of in-service to humanity. And various Guinness World Records, were also awarded to Baba Ram Rahim, more than 29 world records, is not a mean feat.

The United Nations of Organization has also, given its membership to Shah Satnam Ji Green-S Welfare Force wing, running under the aegis of Dera Sacha Sauda. Era of the vices marked by some of the mean characteristics like: jealous, anger and hatred in excessive measure. One Hand is eating another hand, and everyone wants to rule using “divide and rule” policy.

Psychology of this era is, that if somebody does good and for peace and harmony, that person is analyzed on numerous scales and tried to put down by all and sundry. These scales can be intelligent or unintelligent or even inspired by cheap politics. N Number of entities, turn up, to ask proof, if you are really, the messenger of happiness. Tragedy is this, what is visible is not important, and everyone will try their best, to hide genuine efforts.

Popularity of Baba Ram Rahim and the outcomes of the welfare works by him, resulted in wrath of negative powers: The so-called drug Mafia . They tried to stop this messenger of God, through every means. But he stood unstoppable, unshakable and the Champion.

One of the biggest quality of him, is he follows the rules of sainthood to the core and loves each and every human, even if they try to harm him, as people from his own camp, stood against him, even this did not bother him.

He sees the light of God in every one and that’s why, ready to prove his sainthood under all the justifications whether divine or materialistic. He was framed in allegations and false case of raping 2 girls (on the basis of anonymous letter) through, a couple of ambitious people, from his own welfare organization. Even, if he had number of facts to prove, himself innocent but he can never go against the rules and laws of govt.

So what is the result! People stood there observing him convicted and the so-called democratic Government did not take a single minute, to send him behind bars, irrespective of his efforts to reshape the society for good.